Hi, what are you looking for?

A committee instituted by the Kano State Government to search for over a hundred missing youngsters found seven of them in Anambra during a mission to the state. 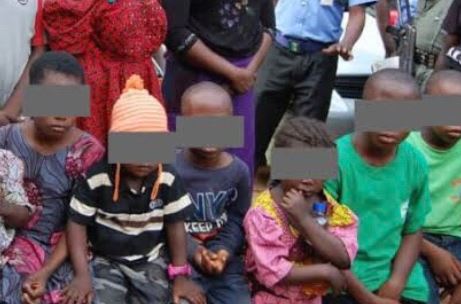 Children who were abducted from Kano and moved to Anambra have been rescued by the Kano State Government.

The state Commissioner for Information, Muhammad Garba, disclosed this during an interview with BBC Hausa today January 11.

He said a committee instituted by the Kano State Government to search for over a hundred missing children found seven of them in Anambra State during a mission to the state and neighbouring Enugu.

He stated that pictures and videos of the children were taken and spread until some people claimed they were the biological parents of five of the children.

The Commissioner, however, added that the government was working to verify the claims of the people noting that if found true it would hand over the children to them.

Recall that recently ,  kidnapping and banditry has been the order of the day in Nigeria especially in the northern part of the country as most people still live in fear.

However with this latest development , Nigerians still have hope of living in a peaceful and secured environment , with security agencies steeping up their efforts in combating those miscreant involving in kidnapping and other illegal activities in the country.

In this article:Rescued seven Children

Fulham will host Chelsea later tonight 18:30 at the craven cottage . The match dubbed to reignite old rivalry between both teams , as...

Funmi Olorunnipa Badejo has been honoured after being appointed to serve in the cabinet of US President-elect, Joe Biden. Her announcement was made...

Leicester City vs Chelsea : Team News And Possible Line Up

Leicester City vs Chelsea , the epic showdown will kick of at 21:15 later today at the king power stadium in what is the...

Kogi motor accident : Three vehicles were travelling on the same lane towards Anyingba when a truck suddenly hit the bus from behind and...